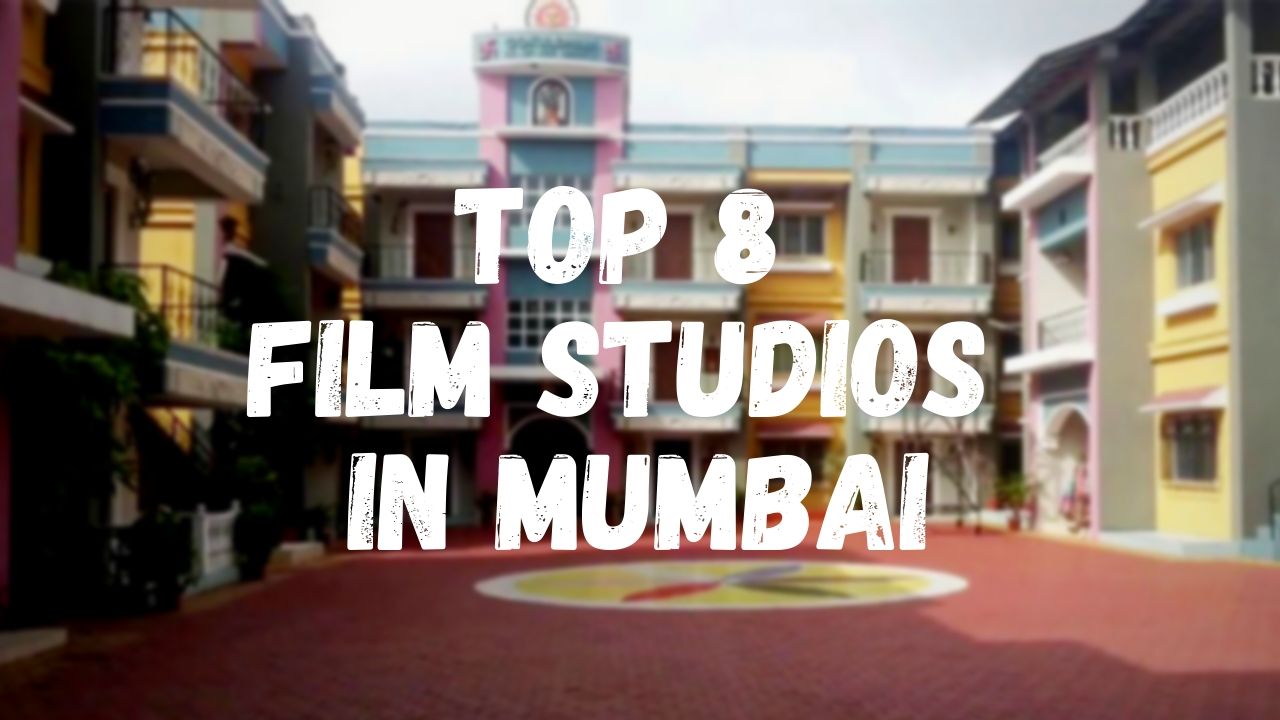 When as an Indian you hear the word Film Studio, which city comes to your mind? Mumbai!. Here have a look at some of the famous film studio in Mumbai.

A writer’s story. A director’s vision. An actor’s excellence. These would never be able to transform into a movie that captures the imagination of multitudes of people if the magical places called film studios didn’t exist.

One of the largest film studios in India, Yashraj Studios was founded by Yash Raj Chopra in 1970. This fully integrated film studio in Mumbai houses everything from the shooting stages to the sound studios.

A film studio is like a laboratory where several elements of film-making are brought together in perfect balance to create movies full of jaw-dropping action, heart-touching romance, and awe-inspiring drama.

Way back in 1913, when Dadasaheb Phalke produced the first motion picture in India, no one could have imagined that it would pioneer the growth of a billion-dollar industry in modern India. This phenomenal growth was possible because of film studios which continued to churn out quality content over the years. Multiple exotic locations are recreated to work their magic, within these studios by the talented members of the film industry. Mumbai isn’t called Mayanagri for no reason.

Here, we take a look at the top 8 film studio in Mumbai which real Bollywood fans would definitely want to check out!

Equipped with every variety of locations needed for a film shoot-ranging from mountainous terrains to temples to villages- it is no surprise that this place finds itself on every “must-visit” list for Mumbai.

Guided tours are available for tourists to explore all the facets of this film studio, and people are always left awestruck at the fact that so many iconic locations are a part of this studio.

Experience the greenery and calm of Ooty, and move on to feel the energy and reverberating patriotism at Wagah Border. Close to the grand palaces of Jaipur, you’ll find the apartment buildings of Gokuldham society. The temple which finds its way into every movie and TV show is a major crowd-puller here, and the breathtaking view from the hill-top is something one never forgets.

The simple fact is – this studio in Mumbai simply cannot be skipped during a tour.

One of the largest film studios in India, Yashraj Studios was founded by Yash Raj Chopra in 1970. This fully integrated film studio in Mumbai houses everything from the shooting stages to the sound studios.

These studios have belted out innumerable classic blockbusters, with DDLJ, Kuch Kuch Hota hai, Kabhi Khushi Kabhi Gham and Kal Ho Na Ho being the most popular of their time.

Commanding the narrative of Indian cinema, this studio in Mumbai has earned its position as one of the most successful in the business by living up to international standards.

This studio in Mumbai boasts of being the birthplace of the iconic movie, Mother India, which earned itself a nomination at the Oscars. Founded in 1954 by director Mehboob Khan, this studio is spread over 20,000 square yards and constitutes 5 shooting stages.

Legends such as Dev Anand and Guru Dutt had a special bond with this studio and directed many of their movies here. Although it is still open for shooting, this movie studio has seen its reinvention into art and cultural space.

This studio in Mumbai has the enviable title of being the oldest of them all, and is considered one of the most iconic film studios in India. Set up in 1946, this studio was where movies such as Hum Saath Saath Hai and Seeta aur Geeta were produced.

Located in Mahalaxmi, this studio also restored Sholay and Mr. India to their full glory, in 2012. The history of Indian cinema cannot be written, without a mention of this movie studio.

Located in Chembur, this movie studio hit the news in 2017 when it was gutted by a fire. This marked the end of what was a very successful studio in Mumbai, which was known for classics such as Jis Desh Me Ganga Behti Hai and Mera Naam Joker.

It also had a small museum which housed memorabilia from movies produced here, and a small cottage which belonged to Raj Kapoor, where he used to hold intimate functions and meetings. Although physically destroyed by the fire, the work and legend of this studio lives on in the memory of millions of fans all over the country.

This movie studio in Mumbai was home to a multitude of Amitabh Bachchan’s classic blockbusters such as Zanjeer and Kaalia. Consisting of 7 shooting floors along with a temple and a garden, this was also the movie studio where Abhishek Bachchan and Aishwarya Rai shot their first film together (Dhai Akshar Prem Ke).

Recent blockbusters produced here include Shah Rukh Khan’s Ra.One and Salman Khan’s Bodyguard, which raked in hundreds of crores at the box office.

Founded by, and named after, the great director and screenwriter Kamal Amrohi, this studio in Mumbai was the home of cult classics such as Amar Akbar Anthony and Razia Sultan.

It is said that noted directors Subhash Ghai and Manmohan Desai considered this studio lucky and used to shoot most of their movies here. A courtroom, temple, railway station, village and garden were set here for movies. It has since been sold to private builders and has been converted into a wedding banquet.

This studio in Mumbai is most popular for being the set for a reality show Bigg Boss and the blockbuster movie Jodhaa Akbar. Spread over 52 acres, this film studio is also a major tourist attraction, since it is only 90 minutes away from Mumbai, in Karjat. Being in such close proximity to Mumbai, this studio is definitely a good place to check out if you are a Bollywood buff.

These were some of the famous film studio in mumbai. Have you visited any of these?

Sakshi is a community builder by profession, but lives and breathes content and has recently full throttled on a freelance content writing journey. 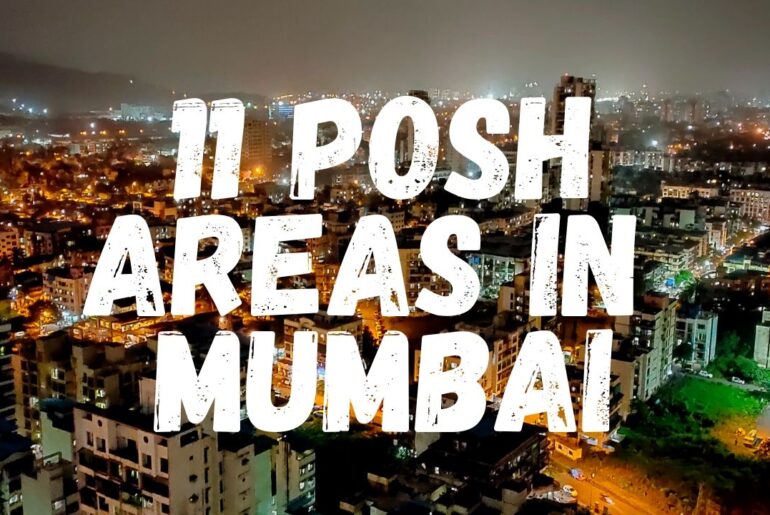 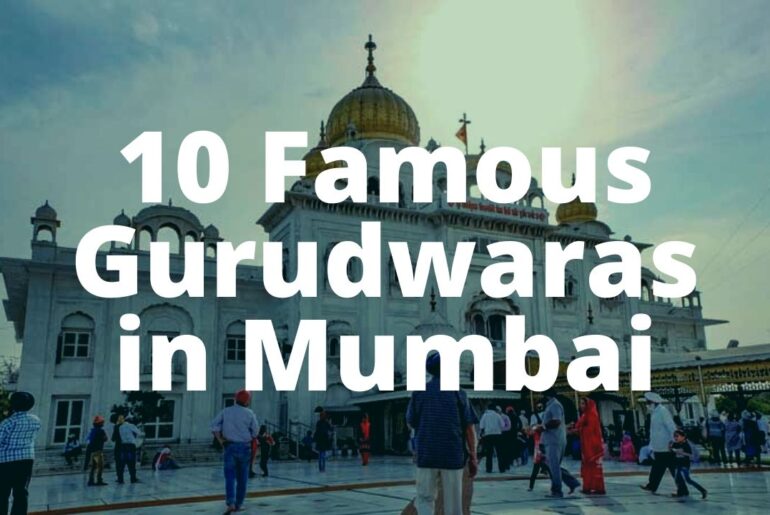 10 Famous Gurudwara in Mumbai for a Peaceful Experience

This website uses cookies to improve your experience while you navigate through the website. Out of these, the cookies that are categorized as necessary are stored on your browser as they are essential for the working of basic functionalities of the website. We also use third-party cookies that help us analyze and understand how you use this website. These cookies will be stored in your browser only with your consent. You also have the option to opt-out of these cookies. But opting out of some of these cookies may affect your browsing experience.
Necessary Always Enabled

Any cookies that may not be particularly necessary for the website to function and is used specifically to collect user personal data via analytics, ads, other embedded contents are termed as non-necessary cookies. It is mandatory to procure user consent prior to running these cookies on your website.