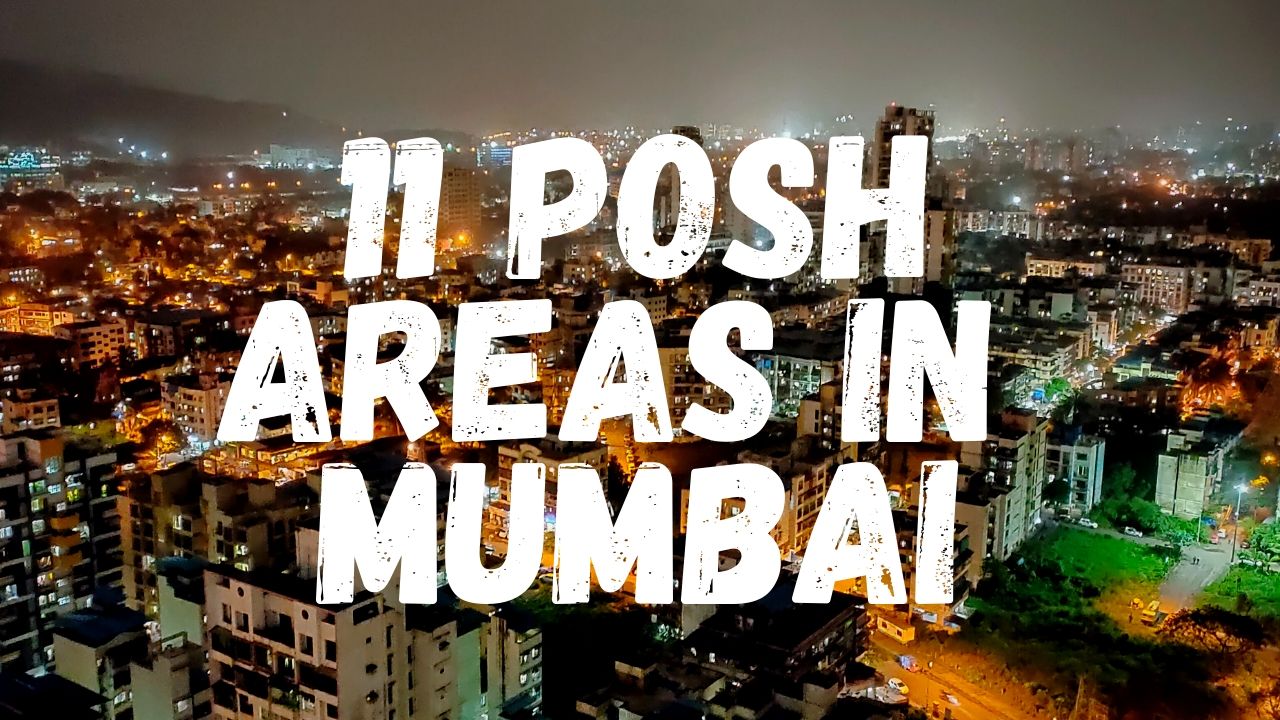 Mumbai has some of the highest property rates in the world. Due to which many posh areas have popped up in different locations of Mumbai.

Mumbai is not called the “city of dreams” in vain. The tinsel town hosts some of the most expensive structures in the country, even in the world. Hello, Antilla.

While owning a house of one’s own remains one of the most aspired dreams for any individual or family, real estate prices don’t make it too easy to be able to afford the dream.

And owning a house in a posh area in Mumbai is a dream that not many even dare to see with eyes wide open. But fortunately, you don’t have to pay any rent to indulge in checking out some of the posh areas in Mumbai.

Get ready to take a stroll down some of the plush localities that Mumbai boasts of some of the best in town; whether it is the nightlife in these areas, the tall skyscrapers, or the calm sea breeze hitting you in the feels.

Here’s our pick of the top 11 neighbourhoods that can give anyone a run for their money to live in.

Home to several business tycoons like the Jindals, Godrej, Birlas, and Pallonji, Malabar Hills is the most posh area in Mumbai.

Set on top of a hillock, as suggested by the name, you don’t just cross the area on your regular route in South Bombay.

You have to especially plan a visit, and take a stroll down the calm neighborhood.

Spend some time checking out the Hanging Gardens, drop in at the Gighaum Chowpatty in the evening for a quick slice of Bombay street food, and end the day with appreciating the spectacular skyline in the background.

Housing the world’s most valuable private residence on the planet, Antilla, owned by Mukesh Ambani, is Altamount Road.

The plush building worth US 2 billion dollars has single-handedly lifted the value of the street and makes Peddler Road seem like its relatively poorer cousin now.

But don’t take our word for it, go check out the bustling Peddar road when you’re done gawking at the Ambani residence too.

A little fact about Worli, which is another posh area in Mumbai, is that it used to be a separate island. “Originally a part of the Seven Islands of Bombay which were ceded by the Portuguese to England in 1661; it was linked up with the other islands, much later, in the 19th Century.”

With this piece of history in mind, it’s magnificent how Worli has truly stood out as a transformation story. Tall building dotting the skyline, a mighty Worli Sealink, and its central location, make it appealing for the affluent to reside in.

Next time you’re nearby, don’t forget to halt at the Worli Seaface to soak some Vitamin Sea and muse over the city’s conundrum.

South Bombay’s second cousin, gives it a strong competition as a posh area in Mumbai, to reside in.

Bandra’s bylanes are known for celebrity spotting since most of Indian cinema’s heartthrobs reside in this neighborhood. The swarming crowd outside Mannat and Galaxy apartments are testimony to the fact.

Bandra is also swarming with the best nightlife to boast of in the city, along with a great shopping experience for the shopaholics. From the best designer boutiques to major brands, to the humble street shopping, there’s space for everyone.

A quiet walk in the green lanes, intertwined and dotted with some amazing organic cafes, makes for a great Sunday brunch plan. Don’t forget to keep an eye out for some great street graffiti splattered around the neighborhood.

A bungalow by the sea with palm trees sounds like the perfect setting for a vacation. Some people get to live this vacation every day, right at Juhu, which is the most posh area in Mumbai, if you go by accessibility to the beach. Maybe that’s why Mr. Bacchan decided to set up his residence here, along with other Bollywood A-listers. If you’re lucky and early enough, you might spot some of them jogging on the beach too. If not, the view of the orange sun immersing into the Arabian sea should be a good consolation, with some nice toasty corn to give your tastebuds company.

By now you must have realised that a posh area in Mumbai, has a couple of things in common.

Colaba is no exception to this rule, either. While most are familiar with Leopold cafe, Regal Cinemas, and Gateway of India as its star places to visit, a piece of history you might not be familiar with is that “the southern tip is occupied by a military cantonment, including the large Navy Nagar”.

A day outing to Colaba is always dotted with awing at the architecture and the art scene, along with basking in the Colonial era memoirs sprinkled on each cobblestone on the pathways. Don’t forget to carry your sunglasses though.

Sandwiched between Altamount Road and Malabar Hills, this posh area in Mumbai, is more than just a dainty corner.

South Mumbai does boast of the most expensive regions to reside in, and Kemps corner is part of the same collective.

Its proximity to the legendary August Kranti Maidan adds to its personal history narrative.

The story goes that Siraj Lokhandwala was heavily discouraged by every broker and advisor to purchase the swampland that is now known as the grand Lokhandwala complex.

The rest, as they say, is history, since it is now known as one of the most posh areas to aspire to live in the suburbs of Mumbai.

The long term vision really did pay off since everyone is grappling to get a piece of real estate in this complex, whether is it to reside or to start a cafe/ restaurant.

Hiranandani in Powai is another such story of a leap of faith by the Hiranandani brothers. Marked by its Neoclassical architecture, Powai is easily one of the most sought after areas to reside in, thanks to Hiranandani’s charm.

Central Avenue is one of the favorite places for people to spend the evenings in. The area also benefits from having IIT Bombay at a stone’s throw away.

If the Galleria shopping complex, prime cafes, and lush green gardens with wide roads aren’t enough to get you sold, the Powai Lake is a remarkably beautiful place to round off the appeal of one of the most posh areas in main Mumbai.

Tall skyscrapers rising from the foundation of old mills, representing the financial capital of India, need we add more?

One of the most expensive areas to lay your hands on in terms of commercial property, what a lot of people don’t know is that it is also one of the most sought-after locality for the house-hunters owing to its proximate location to business centers.

A saltwater pool dip on a weekend with the family, in the elite Breach Candy Club, sounds blissful, if you’re not in the mood for traveling and happen to live in an affluent locality of Mumbai that is Breach Candy.

Famous because of the iconic hospital of the same name, the area also has some great late out eateries to explore.

An honorary mention to this serene neighbor of Colaba, which is also one of the most significant business districts in western India. World Trade Centre, sounds familiar, right? This posh area in Mumbai is known for its soaring real estate prices owing to its importance to the financial capital of India

While a home is built with love and warm family memories at the end of the day, won’t it be nice to be able to do so in one of these 12 posh areas of the city of dreams? Too much to dream and aim for? That was 12 posh areas in Mumbai.

Sakshi is a community builder by profession, but lives and breathes content and has recently full throttled on a freelance content writing journey.

10 Famous Gurudwara in Mumbai for a Peaceful Experience 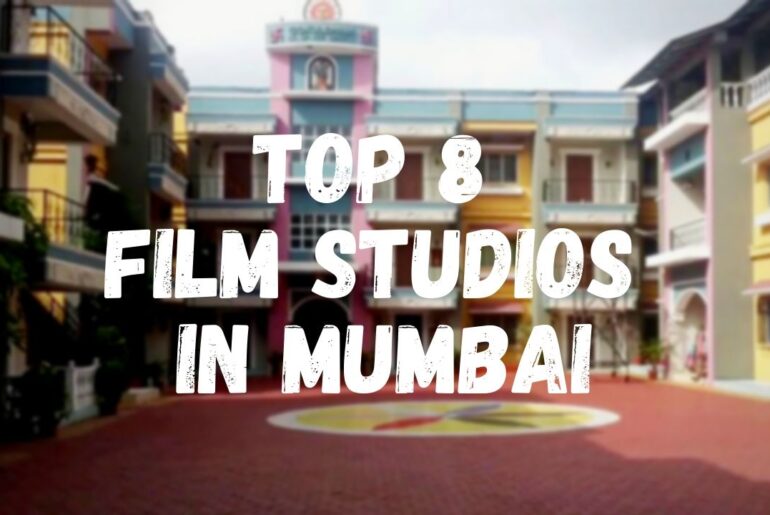